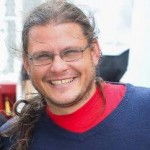 Michael Motherwell is renowned as one of the best SEO consultants in the Asia Pacific Region. Now leading his own Search Engine Optimisation agency in close partnership with industry experts Russell Banks and Barry Smyth, Michael brings to the role 10 years advanced technical experience and a passion for analytics, coding and troubleshooting. Established in 2010, Lined Media has expanded quickly due to the skills applied by both founding directors who remain across every client interaction – from strategy, methodology to technology.

Michael is a collaborative and investigative thinker who is engaged with the SEO community speaking regularly at industry events including Search Engine Bootcamp where he runs the popular interactive site clinic.

Michael is a frequent contributor on the Search Engine forums moderating at the Highrankings Forum, as well as being the Technical Administrator at Cre8asiteforums.

Prior to establishing Lined Media with Russell, Michael was the Senior Search Consultant at WMS Consulting where he specialised in the use of technology and server configuration to solve online marketing problems and used his vast knowledge of most major server platforms, content management systems and web programming languages to deliver customer results.

2016 marks the tenth year that Micheal has spoken at events produced by No Drama Media.