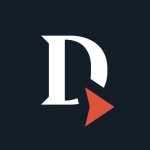 Since its establishment in 2014, Mehrguth has led Directive in its expansion of five new locations, starting from Orange County, to Los Angeles, San Francisco, New York City, Austin, and London. Directive’s year-over-year growth rate has increased by 300 percent, and in 2019, Directive ranked in the top 500 in the Inc. 5000 fastest-growing companies in the U.S. Additionally, Directive is certified as a “Great Place to Work” for 2020.